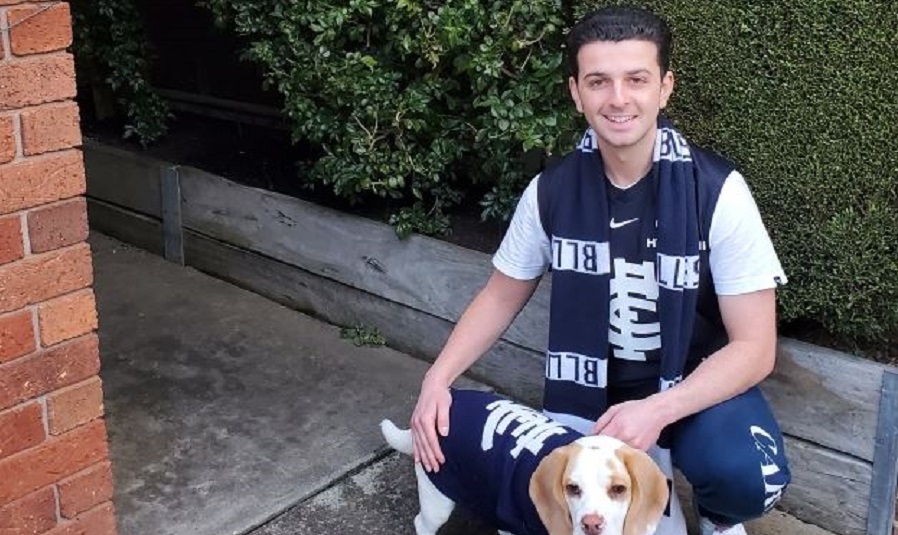 Great Southern Bank has given one lucky Carlton Football Club supporter $50,000 in a competition celebrating its Co-Major sponsorship with the Blues.

The winner Christopher Valentini currently lives at home with his parents in Wantirna South and will spend the money on buying his first property - a perfect tie up with Great Southern Bank’s purpose of helping all Australians own their own home.

“I’m going to be able to get my first home sooner!” says Valentini. “It means heaps. I’ve been working full time now for two years and gradually saving up, and now I realise it is something that actually is achievable not too far in the future.”

The mad-keen Carlton supporter says he wants to buy a home in the Dandenong Ranges, with a bit of land and some space to set up a gaming room.

“I’ve always wanted to get into the property market and this is going to progress my life years into the future,” he says, adding that before this win, “I was still a while off for a deposit.”

Saving for a deposit and taking that first step on the property ladder can be daunting, admits Great Southern Bank Chief Customer Officer Megan Keleher. But she says it’s worth the effort to plan, save, and in Mr Valentini’s case also have some very good fortune; as homeownership is a goal for so many Australians.

“Being able to help someone take that huge step up into real estate is really pleasing,” Ms Keleher said. “There are so many different ways we can help people into the market, whether it’s through our clever products to help people save, or our online calculators, or super competitive home loans, and this give-away could have helped the winner where ever they were on this journey.

“Home ownership means different things to different people. It could be a first home; it could be a portfolio of homes; or for some people it’s about helping the grandkids into the market. Great Southern Bank has something for everyone.”

Australia’s largest customer-owned bank, announced it was increasing its sponsorship of Carlton Football Club in June this year as part of its plans to raise its profile in the key growth market of Victoria following its rebrand from CUA.

The move helped further connect Great Southern Bank to the entire Carlton Football Club family of members, supporters and key stakeholders, and gave the bank the chance to launch its new brand to millions nationally.

Mr Valentini says he only heard of Great Southern Bank when they signed up as a Co-Major with Carlton Football Club and then he jumped online to have a look.
When asked if he believes in the Great Australian Dream of homeownership, he was quick to reply.

“I do, definitely now more than ever!”

To win the $50,000 prize, entrants had to pick a seat in the virtual Marvel Stadium and enter their details. The competition launched on July 6 with the support of Carlton Football Club’s Captain Patrick ‘Crippa’ Cripps. Great Southern Bank teamed up with Daniel Gorringe and Dylan Buckley and the List Cloggers footy podcast to help promote the competition and draw the lucky winner.